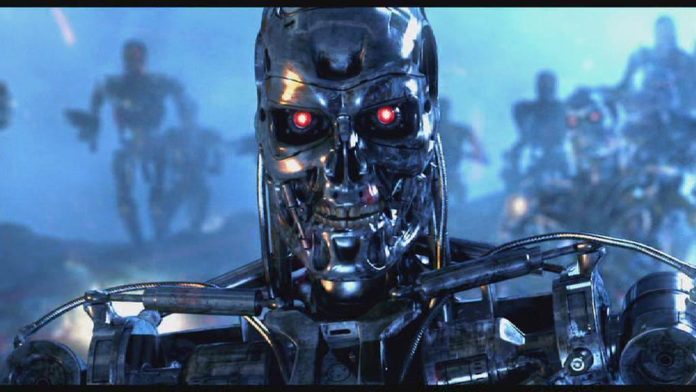 Last Wednesday, a Boeing machinist working on a 777 was accidentally slain by an Artificial Intelligence “robot” while riveting fuselage panels, said a Boeing engineer speaking under condition of anonymity. According to him, the AI apparatus swiveled in the wrong direction and fired a narrow-focused laser beam directly at the machinist’s forehead, killing him instantly. The beam, which is designed to penetrate steel, punched a hole through his skull and dissipated on contact with a wall on the far side of the hanger. 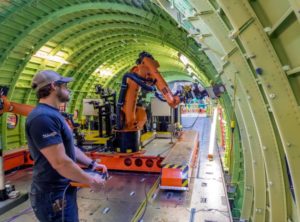 fuselage sections right-side up in a cradle as the moving robots stitched the panels together, drilling holes and adding tens of thousands of fasteners and rivets.

The employee, whose name is being withheld, was a fourteen-year Boeing veteran familiar with machinery and safety protocols. From 2014-2018, he was an assistant safety inspector at the aeronautical engineering firm’s Everett, WA plant, and he had ample experience working near Boeing’s AI machinery.

Our source said Boeing is attempting to “cover-up” the incident; its attorneys have contacted the victim’s family and are hammering out a settlement that will likely involve a comprehensive non-disclosure/non-disparagement agreement and a hefty seven figure payout. He described the incident as “a powder keg waiting to explode.”

“There have been other accidents, but this is the first involving a person. Last year, an 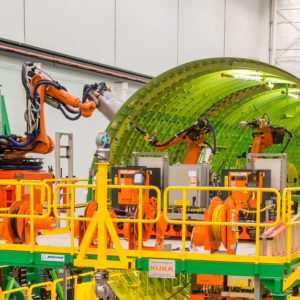 automated cutting device went haywire and started firing in every direction. Fortunately, the hanger was empty at the time. Some workers tried to raise concerns, but it’s a vocal minority, and the company really doesn’t care,” our source said.

He added that most employees are afraid to speak out for fear of losing their jobs. Since Boeing is not a federal business—even though it is a defense contractor–its workers are not protected under the Whistleblower Protection Act of 1989, and many Boeing employment contracts stipulate the company can for “any reason or no reason” end a person’s employment. 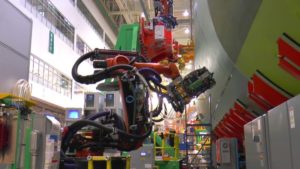 intelligence to supplement, not replace, human labor, insisting that Boeing’s engineers had rigorously tested equipment to ensure it met or exceeded OSHA and FAA safety standards. The shift toward technology was meant to increase efficiency and production; a laser drill can punch holes much faster than can a human. Despite his claims, damning evidence within Boeing’s own organizational charts and employee rosters prove the company has been phasing out humans in favor of artificial intelligence.

“I guess there’s a bright side if Boeing gets rid of us all; at least there won’t be any of us around for the machines to hurt,” our source said.

Accidents involving AI are nothing new. Last year, an Amazon robotic device sliced off an

employee’s arm at the elbow with a ten-inch-long blade that the company said was “used by the machine to reopen boxes containing mispackaged items.” Amazon blamed the accident on operator misuse, even though the machine ran autonomously.

In closing, the author of this article feels we—as humans—have reached a precipice: Let AI evolve or say enough is enough. Sure, we love our cellphones, tablets, and computers, but how fast is fast enough? Transformative technology has helped us, but that does not mean evolving technology should supplant humanity. How many jobs, or lives lost, will it take to end the artificial intelligence revolution?