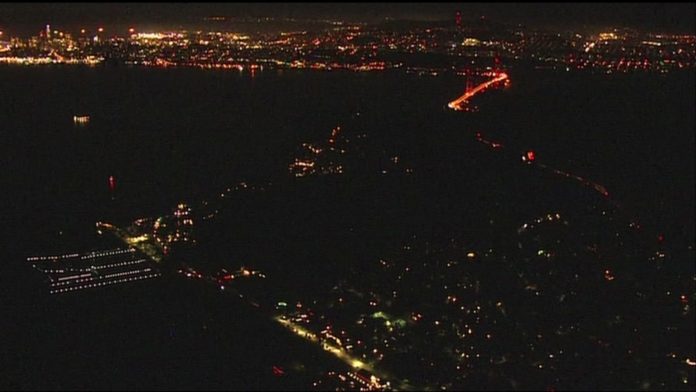 The Federal Emergency Management Agency (FEMA) on Tuesday quietly and strategically reshuffled manpower, sending 500 agents and 12 mid-level supervisors from Oregon, Nevada, and Idaho to a staging area in Santa Clara County, California, where PG&E, the area’s primary electricity provider, shut power to nearly 800,000 residents due to the threat of wildfires. 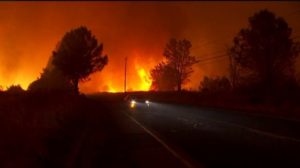 additional outages on Thursday, according to KRON-TV. Meanwhile, in the city of Morgan Hill, a curfew was in place from 7 p.m. Wednesday night until 6:30 a.m. Thursday as authorities worked to reduce the possibility of crime in blackout areas, according to the Associated Press.

Our source, a Region 9 district supervisor speaking under promise of anonymity, said the outage has less to do with combatting fires and more to do with instilling a sense of fear and helplessness in residents who have been told they may not have electricity for a week or longer. He said he does not know whether FEMA orchestrated the blackout, but claimed Acting FEMA Director Pete Gaynor telephoned California Governor Gavin Newsom, instructing him to declare a state of emergency and impose a dawn-to-dusk curfew on stricken areas. Gaynor cleared the incursion with U.S. Secretary of Homeland Security Kevin McAleenan, who told him, “Do what you think is best.”

On paper, FEMA is a disaster relief agency. Its stated goal is to provide financial relief and humanitarian aid to victims of natural disasters. But the FEMA convoy headed to California is not carrying a single bottle of water or MRE. However, the agents are equipped with semi-automatic rifles and enough ammunition to put three rounds in every resident of Santa Clara County.

“I don’t have enough info to know what the goal is here, but I know it’s not disaster relief. The absence of relief supplies, coupled with the agency sending in trained marksmen, at least suggests this is an agency beta test to prepare the American public for an eventual FEMA takeover when Martial Law is declared. I would advice residents in northern California to avoid FEMA and absolutely not let a FEMA agent into their homes,” our source said.

The operation may be an attempt to seize weapons and confiscate gold.

“FEMA seeks to deprive Americans of the right to bear arms. An end goal is the annulment of the 2nd Amendment. It also wants to deny them access to precious metals, which might be used to barter with after the dollar goes away,” our source said.

FEMA’s nefarious agenda involves the subjugation and enslavement of law-abiding American citizens, making them wholly dependent on FEMA for every necessity of life—food, water, shelter, and medical care.

The overwhelmingly Democratic, liberal, and pro-big government state of California is the perfect arena for FEMA to practice government domination.

“FEMA knows many Californians see the government as a catholicon for their woes. And FEMA doesn’t let a good emergency go to waste. This whole thing could be to intimidate people into eventually and willingly walk right into the camps,” our source said.

Asked if President Trump has knowledge of FEMA’s intent, our source said: “Given the scope of the operation, and others we’ve conducted, it’s hard to imagine the president is unaware of what’s really going on.”

California is now a socialist country on its own. Maybe Trump knows it will take locking them down to root out the communist infiltrators and return California to the Union.
Obama was planning the same thing to conservatives.