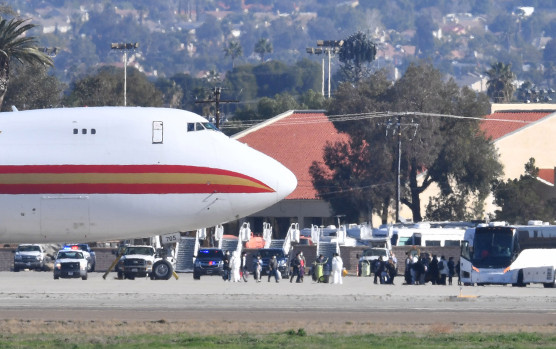 An American evacuated from Wuhan and held against his will at March Air Reserve Base received a rude surprise after leaving base housing without permission of the CDC and other authorities: Air Force Security Forces (SF) tasked with guarding the 195 detainees threatened him with lethal force unless he returned under guard to the housing unit.

The detainee, identified only as “patient 103,” was asymptomatic and sought to leave the

airbase because he believed other evacuees, with whom he was housed, had shown symptoms of the lethal pathogen, according to information obtained by Twisted Truth.

He somehow slipped past a security detail, exited the building, and eluded capture for thirty minutes before SF found him near the base exchange. It is unclear how he planned to flee the base, as armed sentries guard entries and exits.

Shortly past 9:00 PM PST on Wednesday, SF received a tip that a “lost and confused” man was spotted 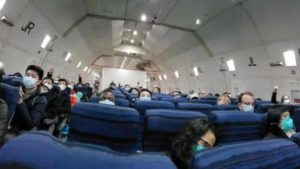 near the BX, asking random air force personnel for directions to the closest exit. When approached, the irate man told authorities that they had violated his Constitutional rights by unlawfully detaining him and that he would not rejoin his fellow detainees. He said he would not live like “a caged rat” among sick people.

SF pointed weapons at him and said they had been granted authority to use lethal force to enforce compliance.  They held him at bay while awaiting the arrival of a CDC response team, which showed up five minutes later. Doctors in bioprotective gear reiterated SF’s ultimatum: Comply or face the consequences.

Patient 103 capitulated without further incident but was placed in segregation and told he would be held for 14 days, the upper end of the virus’s incubation period.

As reported yesterday, the 195 persons arrived in California aboard Kalitta Flight 317,

chartered by the U.S. State Department to repatriate Americans stranded in Wuhan. The CDC removed seven (previously reported as two) symptomatic passengers at a refueling stop in Anchorage. A CDC spokesperson said all 195 passengers were in good spirits and had cheerfully agreed to a mandatory 72-hour quarantine, an obvious lie. After the plane landed, officials dodged questions on whether people would be released after the quarantine period, saying the CDC would have “discussions” with persons wishing to leave.

On Thursday, the WHO, an entity of the United Nations, finally declared the novel 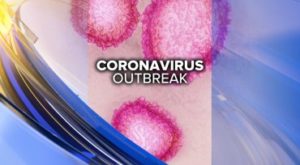 coronavirus a global emergency, defined as an international emergency and an “extraordinary event” that constitutes a risk to other countries and requires a coordinated international response. As of Thursday evening, the WHO has reported 9,171 cases worldwide with 217 fatalities, most in mainland China.